Votes must not be lost in national and European elections! 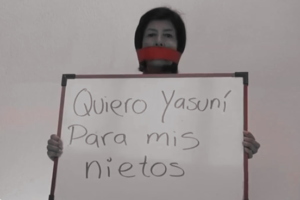 It’s hard to believe: In Germany’s national elections this Sunday, almost seven Million votes did not count as they were stopped by the five-percent-barring clause. This number roughly equals the amount of eligible people in Sweden and Austria, which are sovereign and independent countries of the EU. For Democracy International this dramatic loss of votes is a reason to demand the reduction of thresholds that hinder the undistorted representation of the people be it at local, national or transnational level. As the term representative democracy implies, people’s votes must be reflected in the parliament proportionately, otherwise the votes are not equal.
The next European elections are coming up soon in May 2014. With our overall aim of making
the EU more democratic, Democracy International demands to hold the European elections in 2014
everywhere in the EU at the same day. It should be possible to vote some candidates from other
countries via transnational lists. Each political party should designate a candidate for the office of the
EU Commission President. Also, at national level the parties should openly declare which European party they belong to. Actually these are also the core demands of the alliance of European organisations that have united under the name THE EUROCITIZENS. Actually, we should all work together to ensure that every human will mean one vote! Best wishes, Cora Pfafferott

1. Ecuador: ‚Me gusta politica – I like politics!‘
When staying in Ecuador last year, my colleague Dr. Klaus Hofmann very often heard
the message from the people: `No me gusta politica!‘ – ‘I do not like politics!’
However, now people want to get involved in politics as they plan to collect about
584 000 signatures in order to decide on the future of the Yasuní- Ishpingo-Tambococha-Tiputini (ITT) – National Park in the Amazon rain forest. President Correa recently decided to allow oil drilling in certain parts of the Yasuní, not only risking irreparable damage for this unique natural reserve.
Read more at

2. People need votes, not just voices
On the occasion of International Day of Democracy on 15 September 2013,
Democracy International calls upon all political leaders to commit to deeds and to
enforce laws that actually realise more democracy at local level, in the nation states
and at global level.Read more at

3. Sofia city council rejects referendum on ending contract with „Sofia water“
A citizens’ initiative against private water supply in Bulgaria’s capital Sofia was
stopped on 5th September this year when the municipal council rejected a referendum
calling for ceasing the city’s concession agreement with the private company “Sofia Water”,
which is under control of the French company “Veolia”. Read more at

4. Interview with Xavier Dutoit: „A successful citizens’ initiative is not the end but the beginning”
On 9th September the campaigners of the European Citizens’ Initiative “Water is a Human Right”
started handing over the collected signatures to the competent authorities in the EU Member States,
which need to certify the signatures. Overall, about 1.9 million signed the ECI that proposes EU
legislation to implement the human right to water and sanitation and to promote the provision of water and sanitation as essential public services for all. We had the chance to speak to Xavier Dutoit, the person who set up the software to collect online the signatures for the ECI “Water is a Human Right”.
Read the interview at

Each year the Stelvio Pass in South Tyrol is blocked for motor traffic. Instead, the highest
mountain pass in the Eastern Alps paves way to cyclists only. This year, on 31 August 2013,
five activists of the “Initiative for More Democracy” climbed 2 760 metres of altitude, carrying
the banner “cycling for more democracy”. Their goal was to make aware participants and
passers-by of the ongoing signature collection in South Tyrol. Read more at

7. Campaign seminars in Berlin (27.-29.9) and Brussels (11.-14.10.2013)
Volunteers wanted – Who is interested in participating in our campaign for a more democratic EU?
In the next four weeks will meet twice to plan our campaign ahead. This upcoming weekend (27.-29.09.)  we will meet in Berlin. From 11 Oct. (evening) until 14 October (morning) we will come together in Brussels. Who wants to participate in the planning meetings?
To register, please e-mail Armin Steuernagel at steuernagel[at]democracy-international.org

8. Register for the Danube Democracy Rally (01.-09.04.2014)
We cordially invite you to travel with us through Austria, Slovakia and Hungary to engage
in an exciting mix of learning democracy, exchange of ideas and sightseeing. To register
and to find out more about our tour ahead, please see here 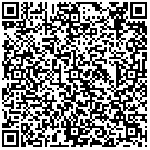